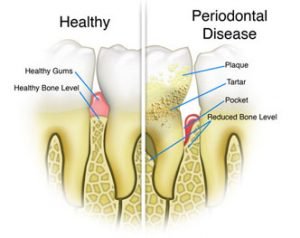 What is Periodontal (Gum) Disease?

Most people suffer from periodontitis and do not know about it because in the early stages this disease is usually painless. An irritation of gums is a sign of various health conditions. If the gums are not cured in time, the inflamed gum may cause various diseases. The disease weakens the teeth, makes them movable. Brushing and flossing keep the mouth healthy for a long time. But our mouths are full of bacteria, still after those cleaning processes. These bacteria constantly form plaque on your teeth. Plaque that is not removed can harden and form tartar.
Dental plaque is a mass of bacteria, food remnants, saliva that grows on surfaces within the mouth. At first, it is a sticky colorless deposit, but when it forms tartar and is not removed, it becomes calculus. Dental plaque is brown or pale yellow. It is often found between the teeth, on the front of teeth, behind teeth or on chewing surfaces, along the gumline, or below the gumline cervical margins. When plaque and tartar are not removed, they begin to destroy the gums and the bone.Periodontal disease is characterized by red, swollen and bleeding gums. With the help of brushing and flossing you get rid of plaque. If the brushing doesn’t clean, only a dentist can remove tartar with professional cleaning. The first stage of periodontal disease is gingivitis. It arises from the accumulation of microbial plaque on the teeth. And it generally arises when oral hygiene is non-compliance.
At the time of gingivitis, the gums may become swollen, tender and sometimes bleed during brushing. Plaque on your teeth irritate the gums, making them tender, inflamed and, probably, bleed during brushing and in some cases, bleeding gums can be a sign of gingivitis.
Plaque consolidates in tartar. When calculus and plaque accumulate, the gums recede from the teeth. Between the teeth and gums form deeper pockets. In that pockets are filled bacteria and pus. The gums become irritated, tender and bleed easily. There may also be an insignificant loss of bone mass. If not treated, the affected teeth will become free and may be lost. In order to stay healthy and have healthy teeth, schedule your appointment with the best dentist in Burbank, Dr. Sahakyan, at My Dentist Burbank. He and his experienced dental team will make sure your gum disease is treated with the best available tools and materials.d with the best available tools and materials. 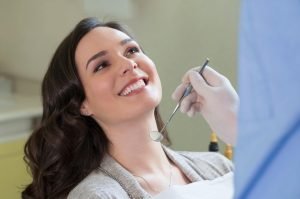 What are the Symptoms of Gum Disease?

The following are gum infection symptoms. If you have any of the following conditions, please contact our expert dentist at My Dentist Burbank today to schedule a complimentary appointment. Call 1-818-578-2332 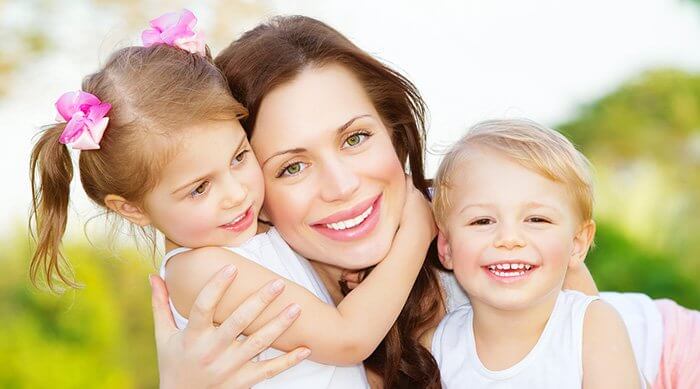 The causes of inflammation are different. This can happen due to several circumstances, such as.

An irritation of gums has different causes. Depending on the factors the treatment may differ.
Make an appointment 0n ZocDoc or Call 1-818-578-2332 or Contact the best dentist in Burbank at My Dentist Burbank today to cure periodontal disease.